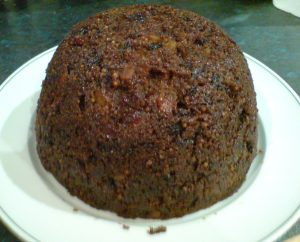 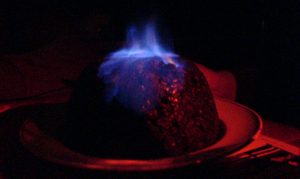 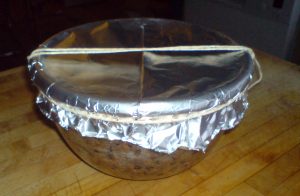 Pork forms the basis of many meat dishes in the Far East and the preparation methods vary enormously. This is a delicious recipe for pork cooked in an unusual and spicy way with Cinnamon as the main flavouring.
The quantities given here are for 2 or 3 depending on how hungry you are. If you try and cook too much at once, the dish becomes cumbersome and may not cook properly, so be careful, the limit is probably around 900g at a time, adjust other quantities proportionately.

Serve this dish with other Vietnamese or Oriental side dishes, e.g. a salad of mint, cucumber, bean shoots and lettuce or stir-fried vegetables and plain Thai rice or fine egg vermicelli. A light dry white or rose wine complements his dish. If you prefer red, don’t make it too heavy, a slightly chilled Pinot Noir might suit.

Ingredients for 2 to 3 persons:

Mix the marinade ingredients together in a bowl big enough to take the meat as well. Pierce the pork with a fork all over quite deeply. Add the meat to the marinade and turn until all the meat is covered with marinade. Cover the bowl with cling-film, place in the fridge overnight. If you can remember to do so, give it a stir from time to time. If you are in a hurry and have forgotten to do all this in advance, just do it as for long as you can but do not refridgerate.

When ready to cook, take the pork out of the marinade and sprinkle the pork lightly with the remaining 1 teaspoon of  cinnamon powder. Adjust the amount of cinnnamon according to taste.

Put the oil into a wide saucepan or saute pan and heat to almost smoke, sear the pork all over with the hot oil until lightly browned all over. Reduce the heat to low, cover and leave the pork to cook until tender possibly 45 minutes (tenderloin) to 1 hour (sirloin steaks). Turn meat over occasionally during cooking. Approximately 10 minutes before the end of cooking, add the marinade to the almost cooked pork, stir and coat the meat. Cover again and cook for the remaining time, stirring occasionally.

Serve with a vegetable dish and plain rice or noodles.

We use cookies on our website to give you the most relevant experience by remembering your preferences and repeat visits. By clicking “Accept All”, you consent to the use of ALL the cookies. However, you may visit "Cookie Settings" to provide a controlled consent.
Cookie SettingsAccept All
Manage consent

This website uses cookies to improve your experience while you navigate through the website. Out of these, the cookies that are categorized as necessary are stored on your browser as they are essential for the working of basic functionalities of the website. We also use third-party cookies that help us analyze and understand how you use this website. These cookies will be stored in your browser only with your consent. You also have the option to opt-out of these cookies. But opting out of some of these cookies may affect your browsing experience.
Necessary Always Enabled
Necessary cookies are absolutely essential for the website to function properly. These cookies ensure basic functionalities and security features of the website, anonymously.
Functional
Functional cookies help to perform certain functionalities like sharing the content of the website on social media platforms, collect feedbacks, and other third-party features.
Performance
Performance cookies are used to understand and analyze the key performance indexes of the website which helps in delivering a better user experience for the visitors.
Analytics
Analytical cookies are used to understand how visitors interact with the website. These cookies help provide information on metrics the number of visitors, bounce rate, traffic source, etc.
Advertisement
Advertisement cookies are used to provide visitors with relevant ads and marketing campaigns. These cookies track visitors across websites and collect information to provide customized ads.
Others
Other uncategorized cookies are those that are being analyzed and have not been classified into a category as yet.
SAVE & ACCEPT